The Assault Group have recently released quite a few beautifull sculpts for the Great Italian Wars (Found here) and to be honest they have me in a bit of confusion as to their status as use able miniatures for the Battle of Fornovo which is right on the cusp of the Late Medieval and Renaissance as wargaming periods. Of course 'periods' of history cannot be neatly deposited into such arbitrary brackets but it does have me thinking about the relative fashions kicking around at the time and thus the suitability of the TAG sculpts for my demo game.

The main body of miniatures are going to be from the Perry Miniatures European Armies and Wars of the Roses ranges of miniatures but as TAG fit so snugly size wise it would be a terrible shame if I couldn't use their miniatures to add flavour and variation to the (already very tasty!) Perry ranges.

I suppose I might have equally called this post "A Cry for Help!" as I'd be very interested in what you chaps think about mixing the miniatures together for Fornovo.

As usual, please feel free to chip in. 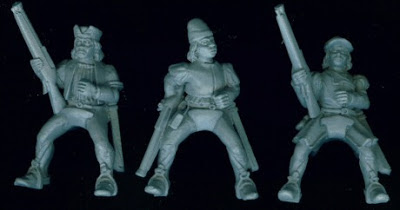 OK, no Spanish at Fornovo but very nice all the same! 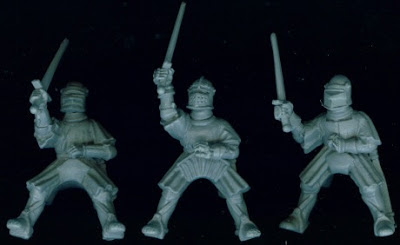 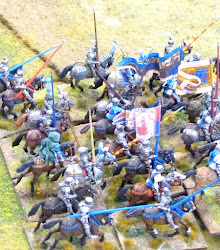